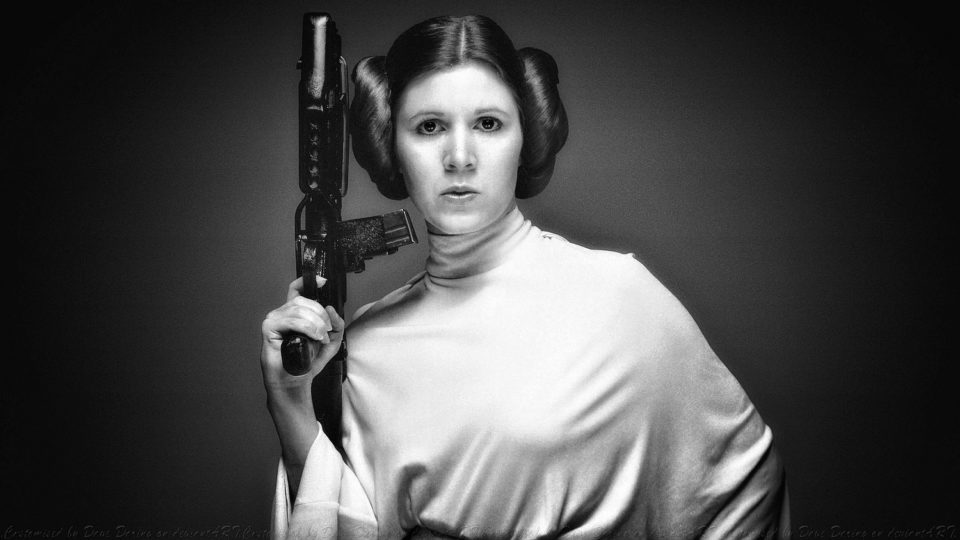 The Princess stole my heart at age 7. Anybody who knows me knows #CarrieFisher was my first love. I thrilled to the adventures of #princessleia in the @starwars movies, but from ’77 to ’84, I was in love with Carrie Fisher herself. My bedroom was filled with Carrie Fisher pictures from any movie she was ever in (including Polaroids I took off the TV when #thebluesbrothers hit cable). I was jealous of Paul Simon when he was dating Carrie Fisher and wouldn’t listen to his music until they split up. I paid to see Carrie Fisher and #chevychase in Under the Rainbow nine times when it was in theaters (mostly because Carrie Fisher was in underwear in one scene). In childhood, I committed myself to Carrie Fisher without ever meeting her the way novice Nuns commit themselves to Christ without meeting Him. Decades later, I got to tell her this when Carrie Fisher and @jaymewes were in a station wagon on the set of #jayandsilentbobstrikeback. She was gracious about hearing it for the zillionth time from the zillionth man or woman who grew up idolizing her, but wickedly added “I’m glad to know I helped you find your light saber.” And with that, she stopped being Carrie Fisher to me and just became Cartie. That’s the Carrie I’ll always remember: the dutiful standard-bearer of childhood dreams with a the wicked sense of humor and a way with words. She didn’t want to get paid for her role in @jayandsilentbob Strike Back; instead, she asked that we buy her these antique beaver chairs. Her reason: “Beaver seems an appropriate currency for this movie.” When she was a guest on Season 1 of our @hulu show #Spoilers, Carrie curled up in the throne like she belonged there. And she did: after all, she was royalty. As a boy, I dreamed of marrying Carrie Fisher. As a young filmmaker, I dreamed of casting Carrie Fisher. As an adult, I dreamed of being as sharp-witted and prepossessed as Carrie Fisher. And now that Carrie Fisher is gone, I’ll dream of my friend Carrie – whose entire magnificent career I was lucky enough to witness, whose honesty made me a better person, and whose spirit – like The Force – will be with us always. Goodnight, Sweet Princess…

Before Carrie, script doctors were stigmatized outside the industry: you were half a writer. After Carrie, it was a badge of fucking honor.

Look at all the films Carrie Fisher worked on as a script doctor! pic.twitter.com/AcZ0XpJk9p