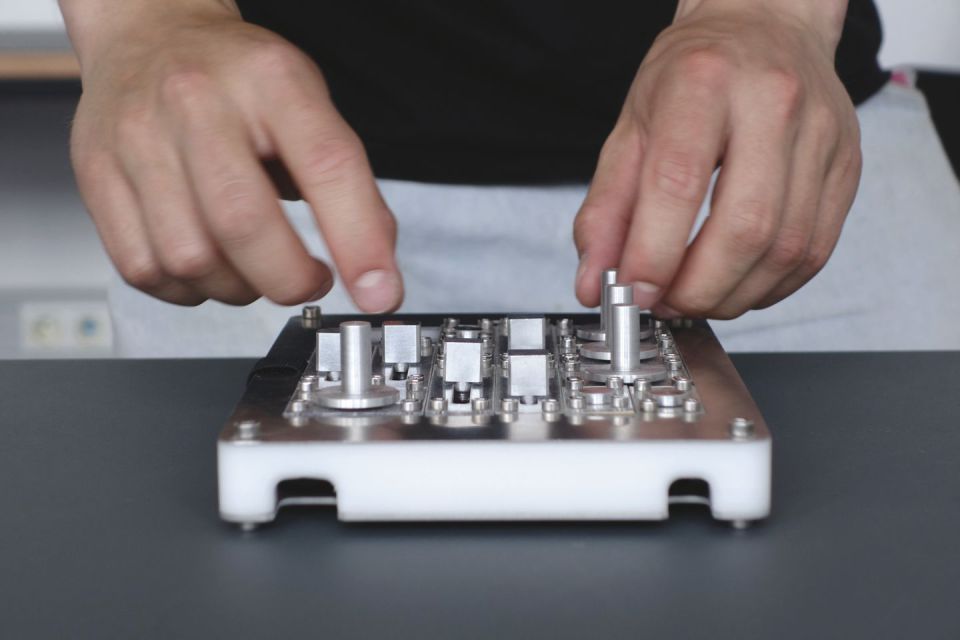 Multi-touch devices like the iPad have become more and more popular over the last couple of years. Nowadays they are not only used for browsing and sending e-mails, but also as a medium for new fields of applications. One particular thing of multi-touch devices is in need of improvement: It is the lack of haptic feedback, which makes it difficult to set parameters precisely.

Regarding to this problem the project has been developed to provide a variety of physical controllers.

These controllers expand the usage of a touch device with a haptic feedback while adjusting parameters.

By using magnets, the different controllers can easily be arranged onto the iPad. A modular interface appears, which uses a given device just like the iPad.
The system contains three different parts:

The controllers are made of aluminium because of its property to forward electrical charge. Therefore, the electrical discharge of the human skin can be transmitted to the touchscreen of the iPad.
To prevent the control devices from screeching the display, a piece of conductive foam is used on the end of each controller.
An app programmed in Cinder/C++ is running on the iPad. It manages the individual setup of the controllers and reads their input on the touchscreen. The app then transfers the information via OSC to a connected application.